Working mothers in Connecticut and across the nation have been disproportionately impacted from the coronavirus pandemic, experiencing everything from job loss to increased household and child care burdens. Single mothers greatly feel these impacts, enduring through COVID without the support of a second parent. I spent some time with three single mothers in different socioeconomic situations throughout the pandemic, including Corie Tracey featured here. 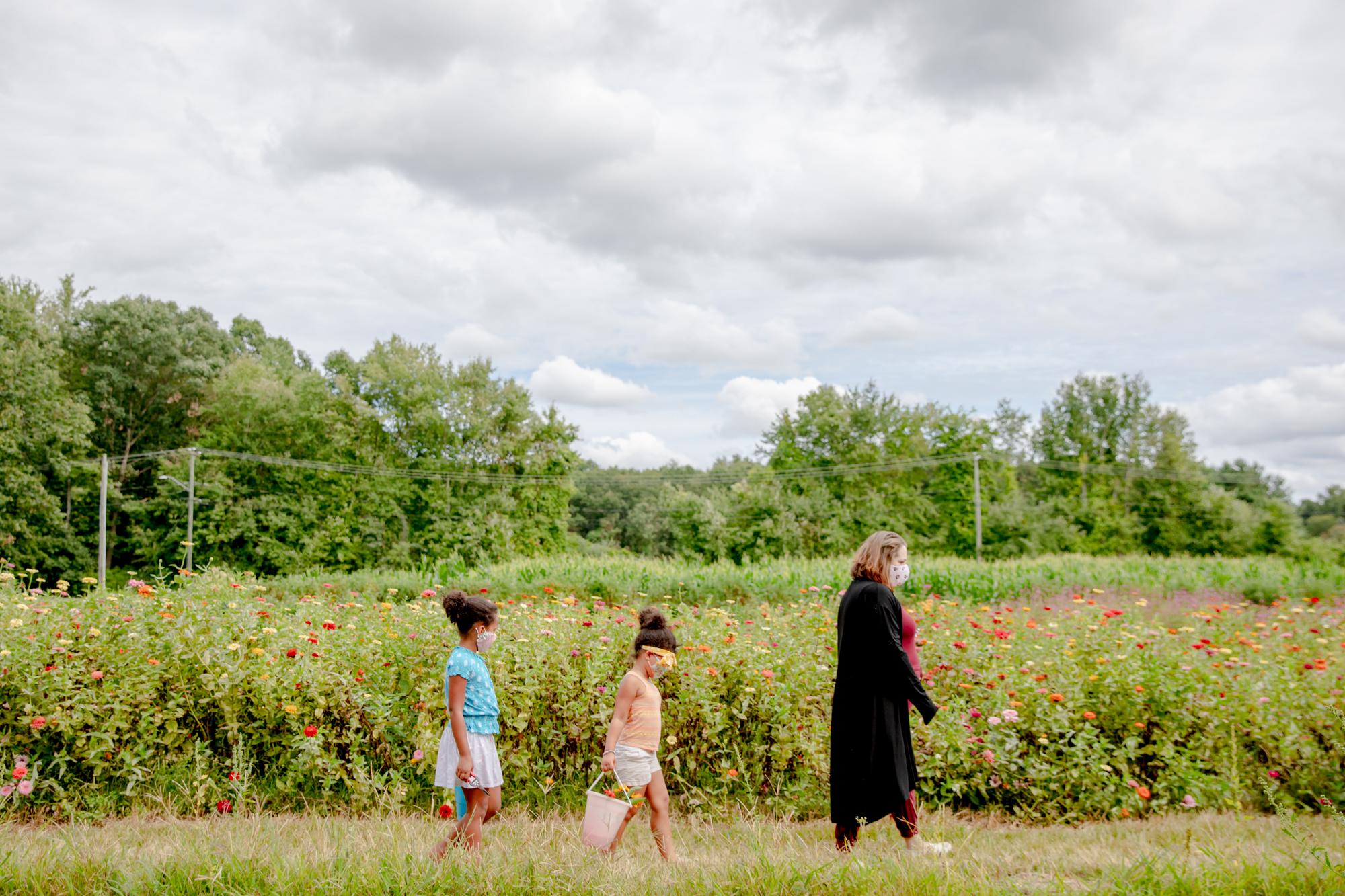 Anya Thompson, 7, Juliet Thompson, 5, and Corie Tracey, left to right, pick flowers at a farm in South Windsor. Her family replaced their summer vacation with small outdoor activities they can enjoy while social distancing. After staying home most of the summer, finding ladybugs and smelling flowers at the farm excited the girls. "It's the challenge of making sure that they're not bored all day," Tracey said. 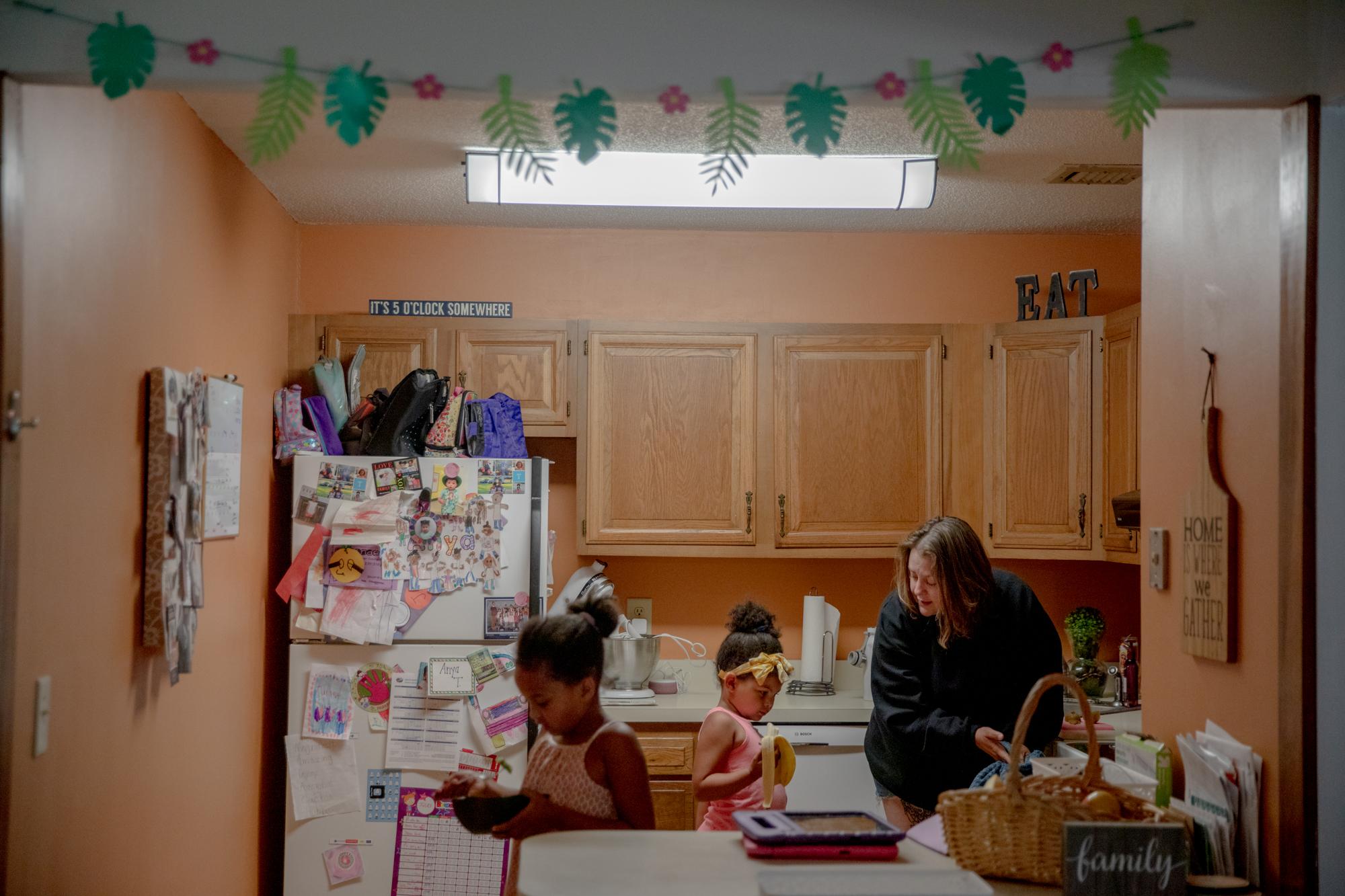 Corie Tracey makes lunch for her daughters before returning to her computer. Tracey has been working from home since March, 2020 as her children learned online. “It’s just been a lot of change in a short period of time,” Tracey said. “Being realistic with how much you can do in a day is really important right now. To stay mindful about that.” 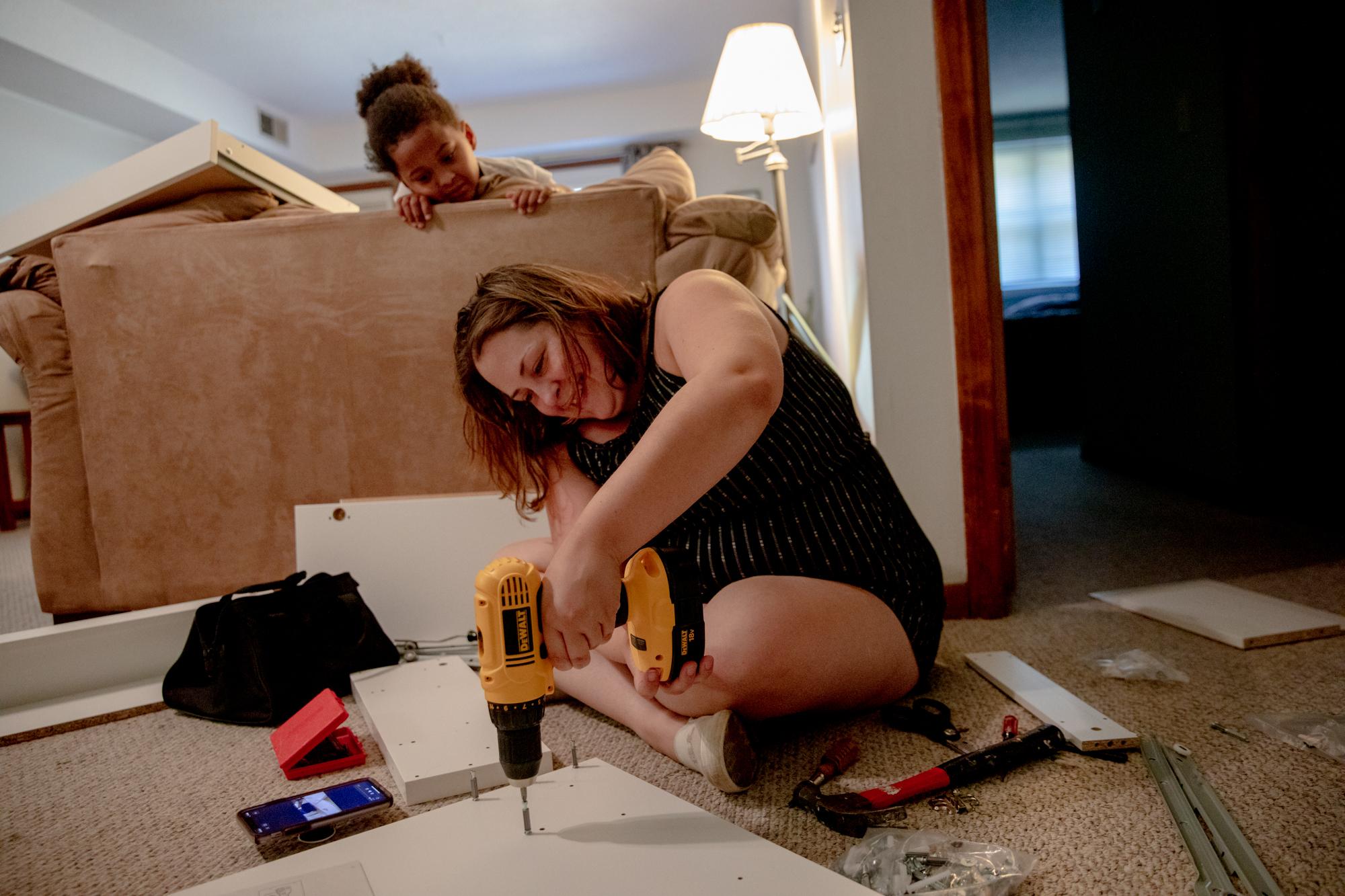 Corie Tracey assembles desks with a borrowed drill so that her daughters have a dedicated place to study when they study online in the fall semester. The process wasn’t as easy as Tracey expected so she ended up FaceTiming her dad and cousin for help. “One of the great things about kids is that they’re super adaptable. They go along with change really well,” Tracey said. “It’s more the parents who are like, ‘Oh my god, what are we doing?'” 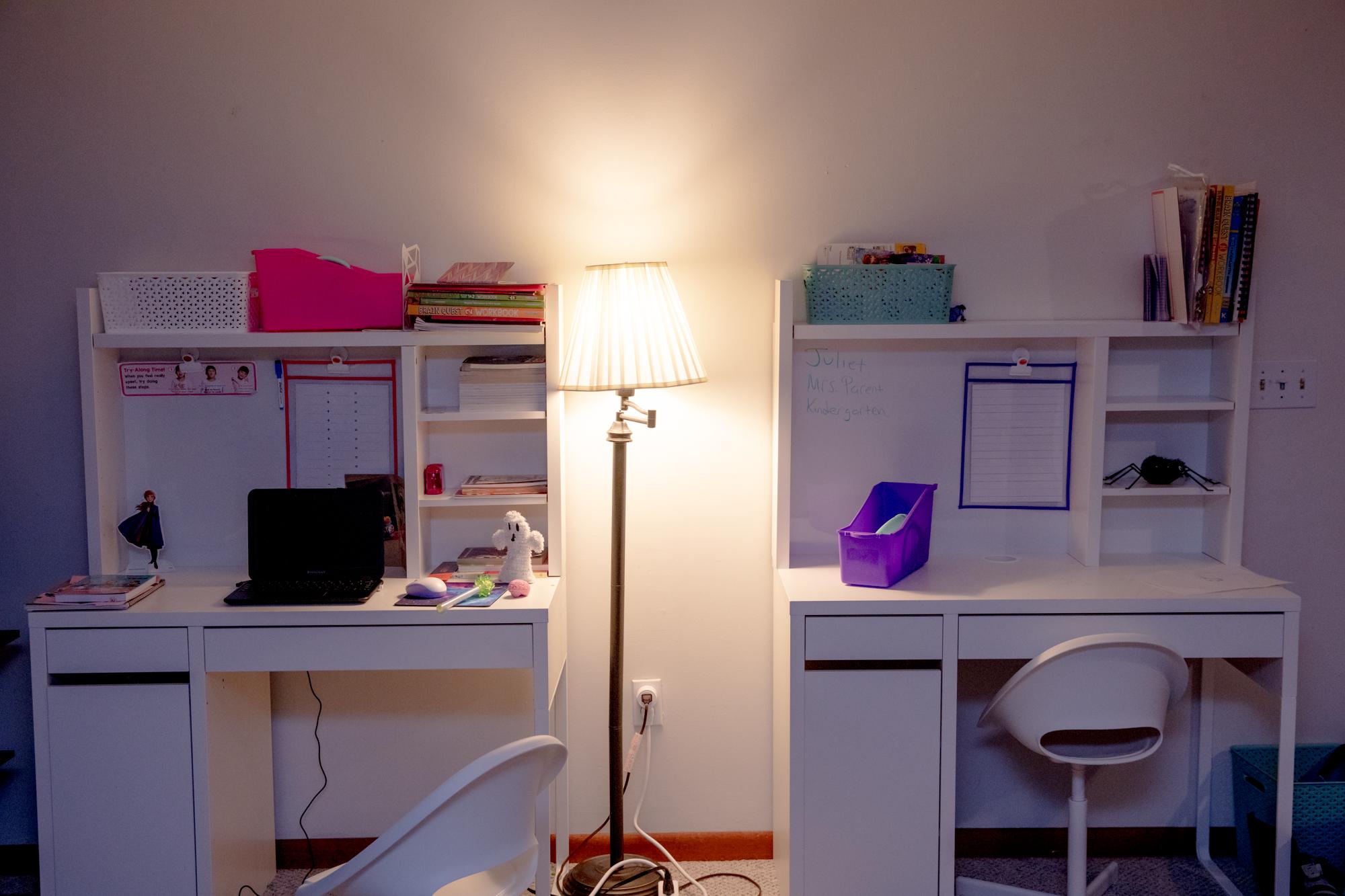 The desks that Tracey assembled after much trial and error are set up in the living room for her daughters. ‘Mrs. Parent Kindergarten’ is written on Juliet’s whiteboard. 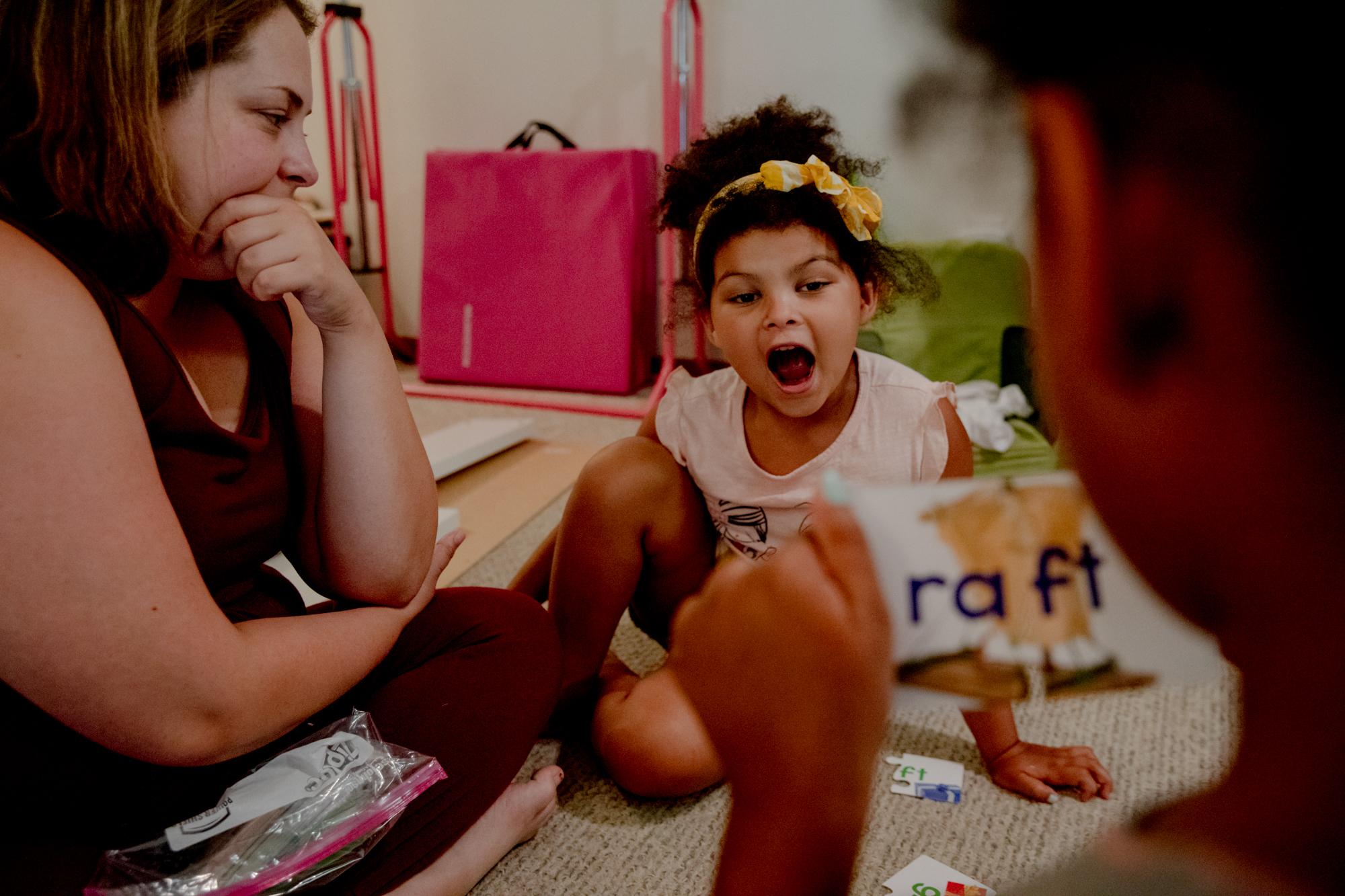 Juliet spells out a word that her sister Anya reads. Making sure her daughters continued to learn at home was Tracey’s main concern, especially because Juliet was going to enter kindergarten later in 2020. 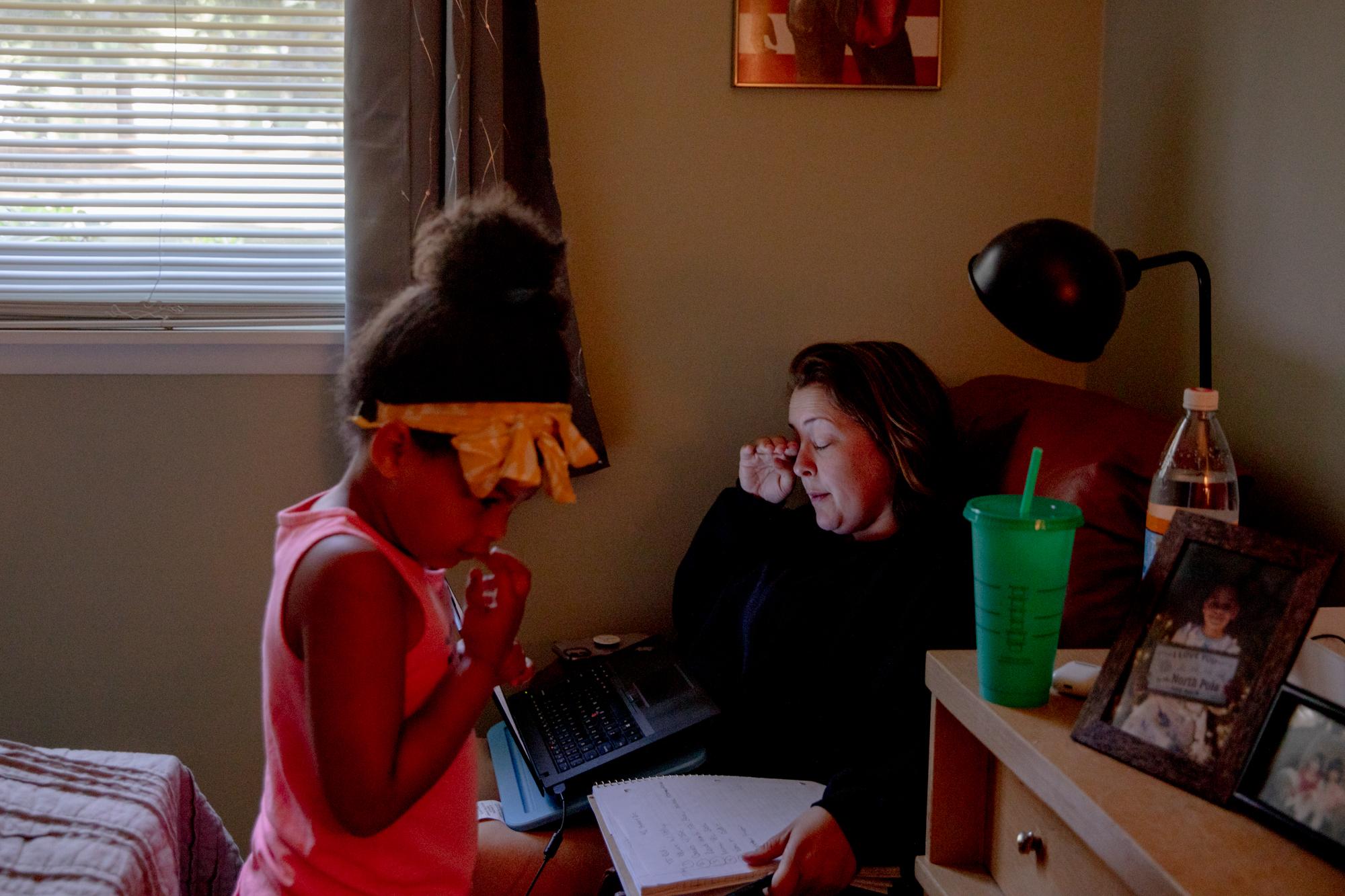 Tracey does an online meeting for work while her daughters run around the house. At first, Tracey made tight distance learning schedules for the girls. Seeing herself and her girls stressed out, however, Tracey soon realized that it wasn’t going to work. For her family’s mental health, she lowered expectations, Tracey said. 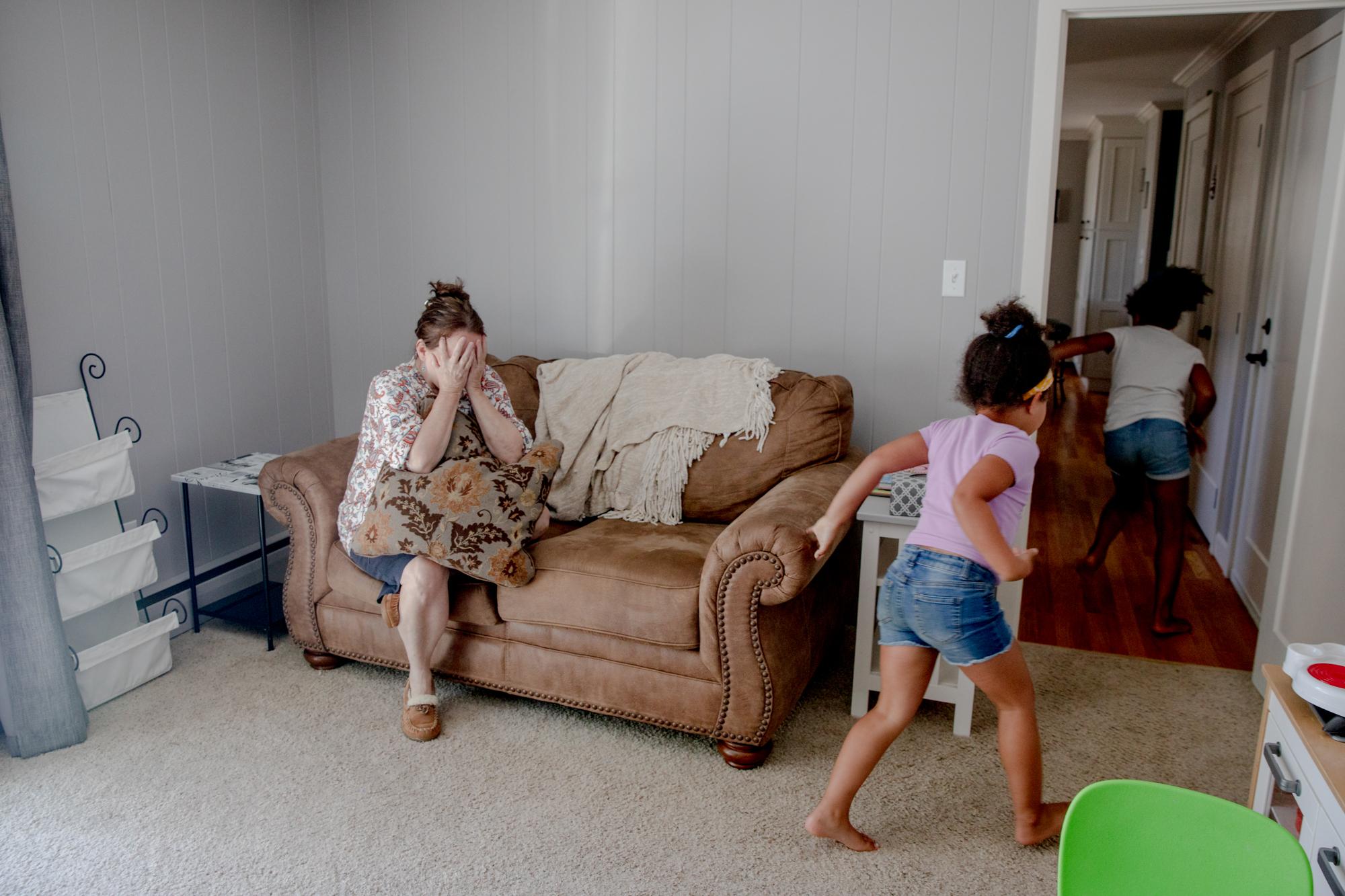 Corie Tracey's mother, Cindy Tracey, plays hide-and-seek with Anya and Juliet on Aug. 3, 2020. In the first three months of the pandemic, Corie and her daughters limited their outings, even to her parents' house. 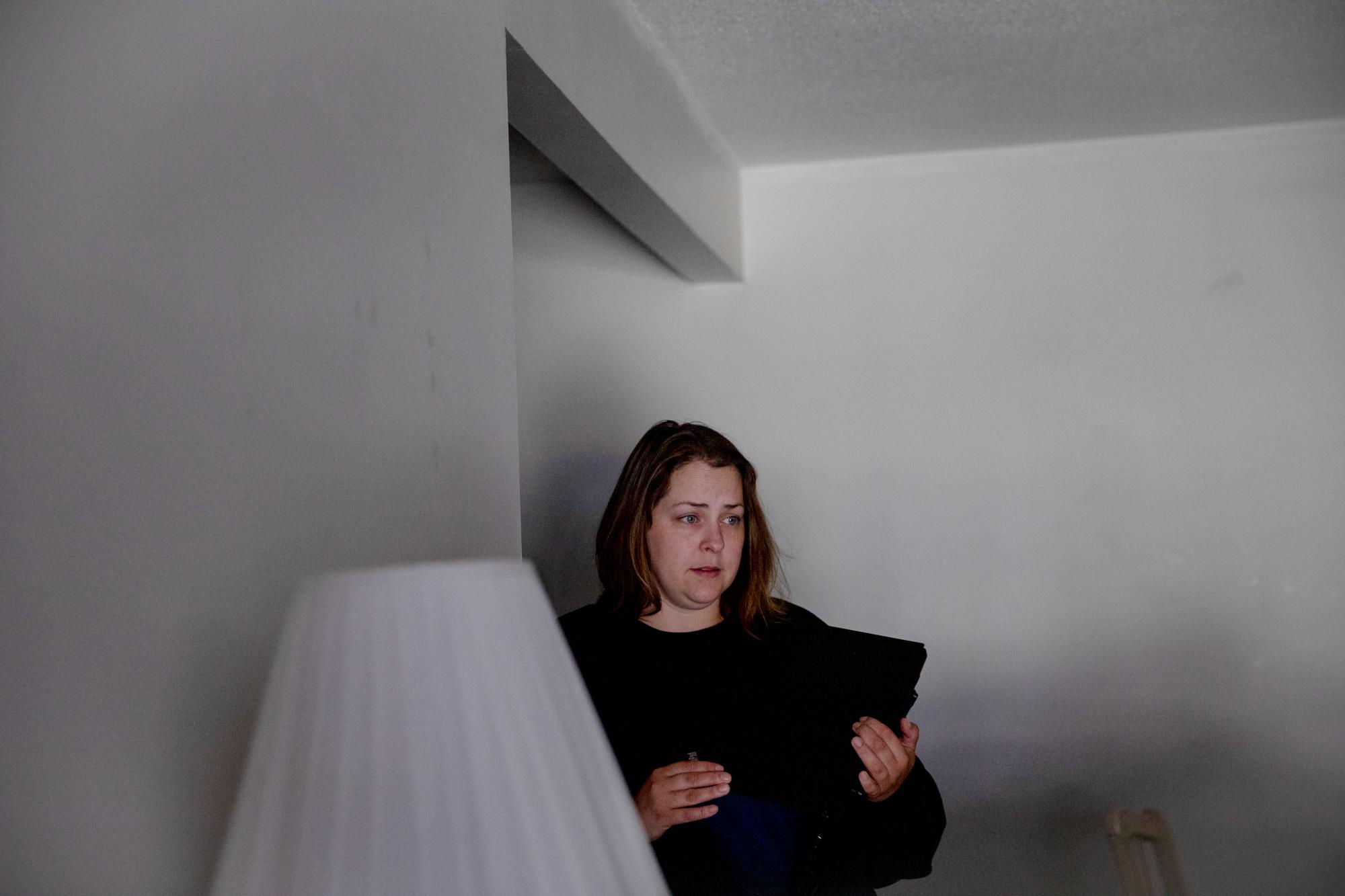 Tracey takes a break from work to check on her daughters as they watch TV. “Do you guys need anything?” Tracey asked. She said she’s constantly asking herself if the girls are getting enough attention. 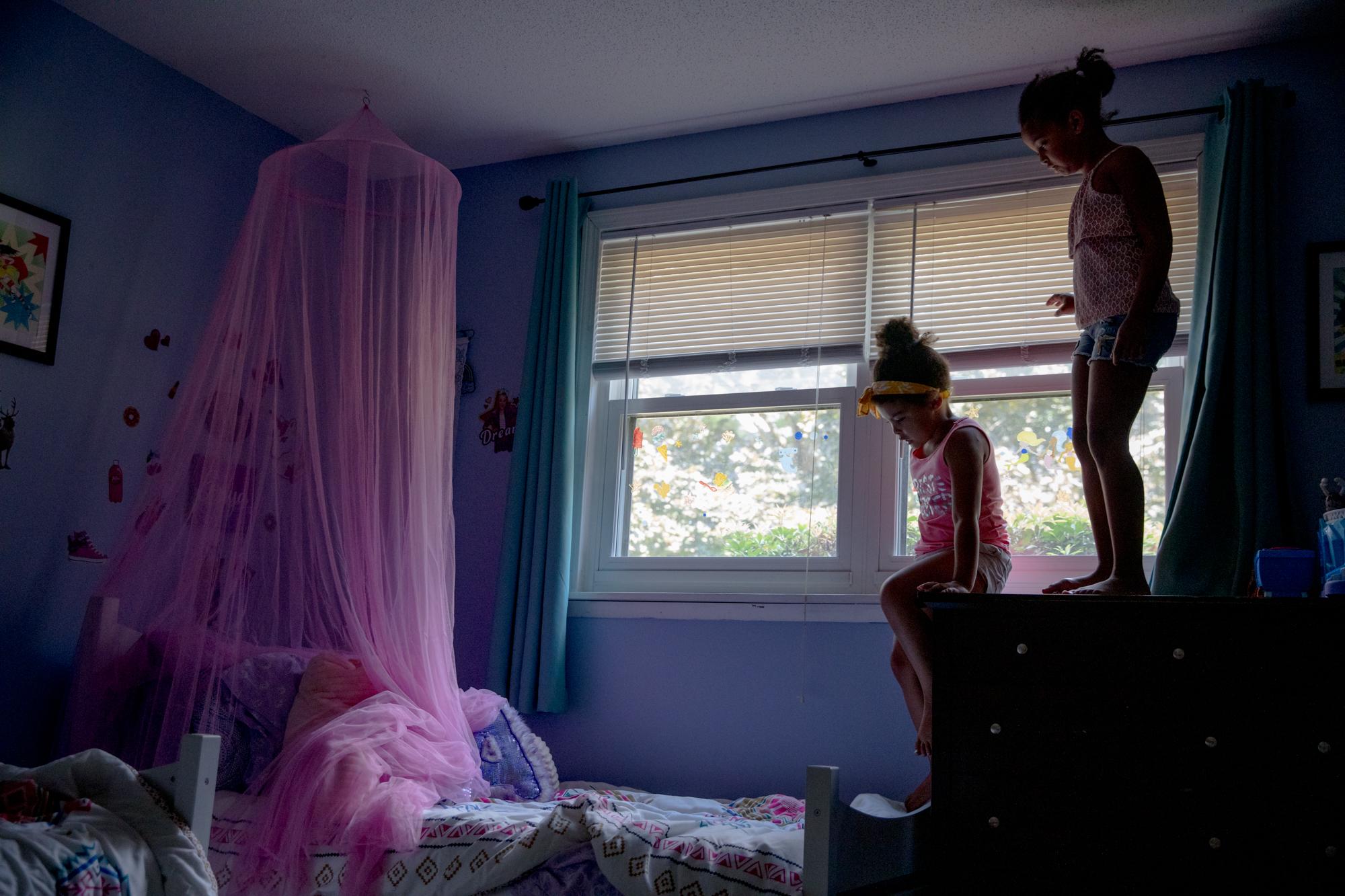 Juliet, left, and Anya hang out in their room while their mom, Tracey, works in her bedroom. The close age gap between the girls has been helpful during the pandemic, Tracey said. “We’re all just becoming closer because we’re getting to spend even more time together, which I think is one of the benefits of this too. Just getting to slow down and enjoy them.” 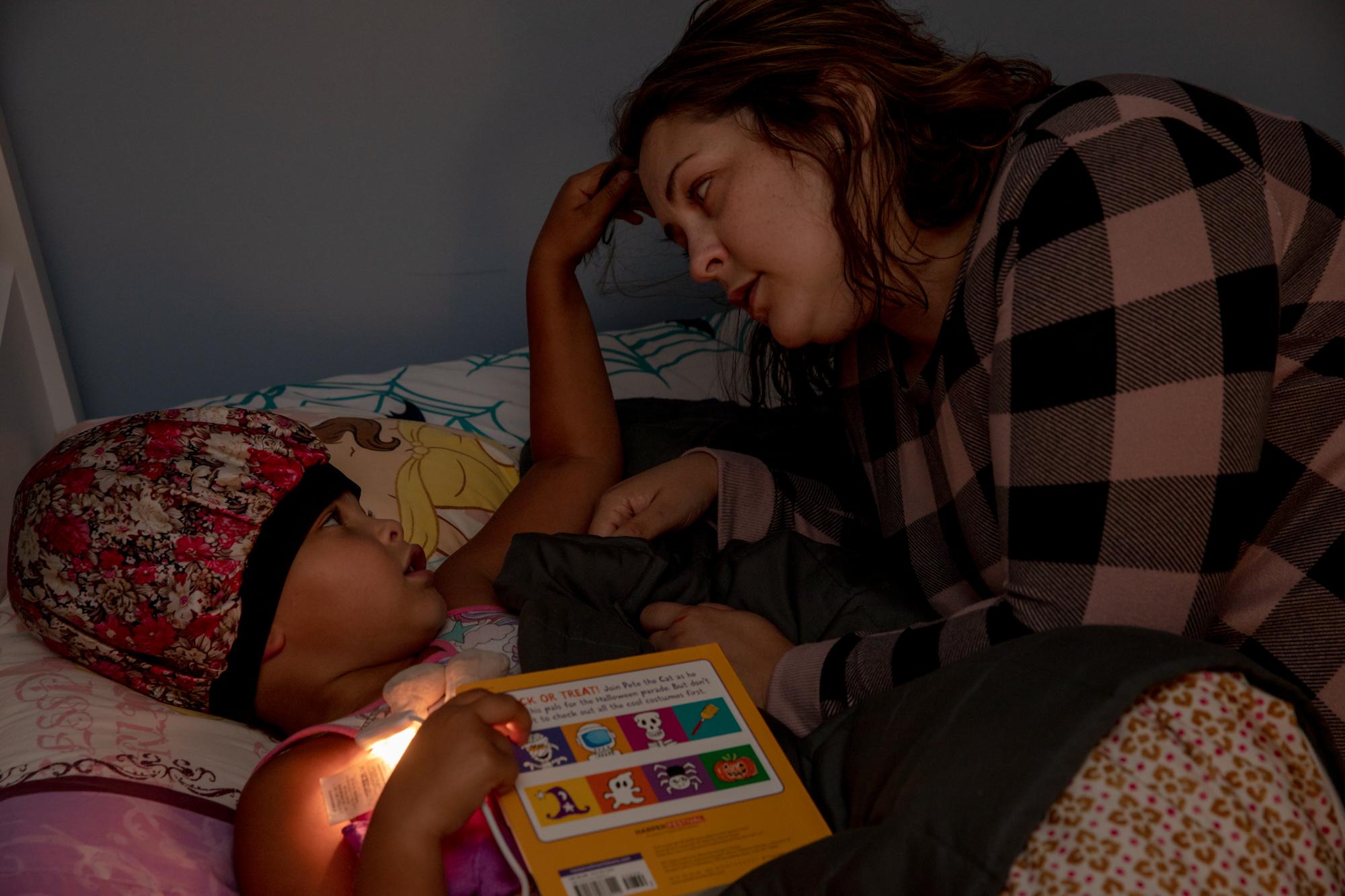 Lying in bed the night before her first in-person class at kindergarten, Juliet told Tracey that she’s scared of going to kindergarten. Tracey listened and nodded. “You were out of school for a long time,” she said. The family of three had stayed home for nearly six months. 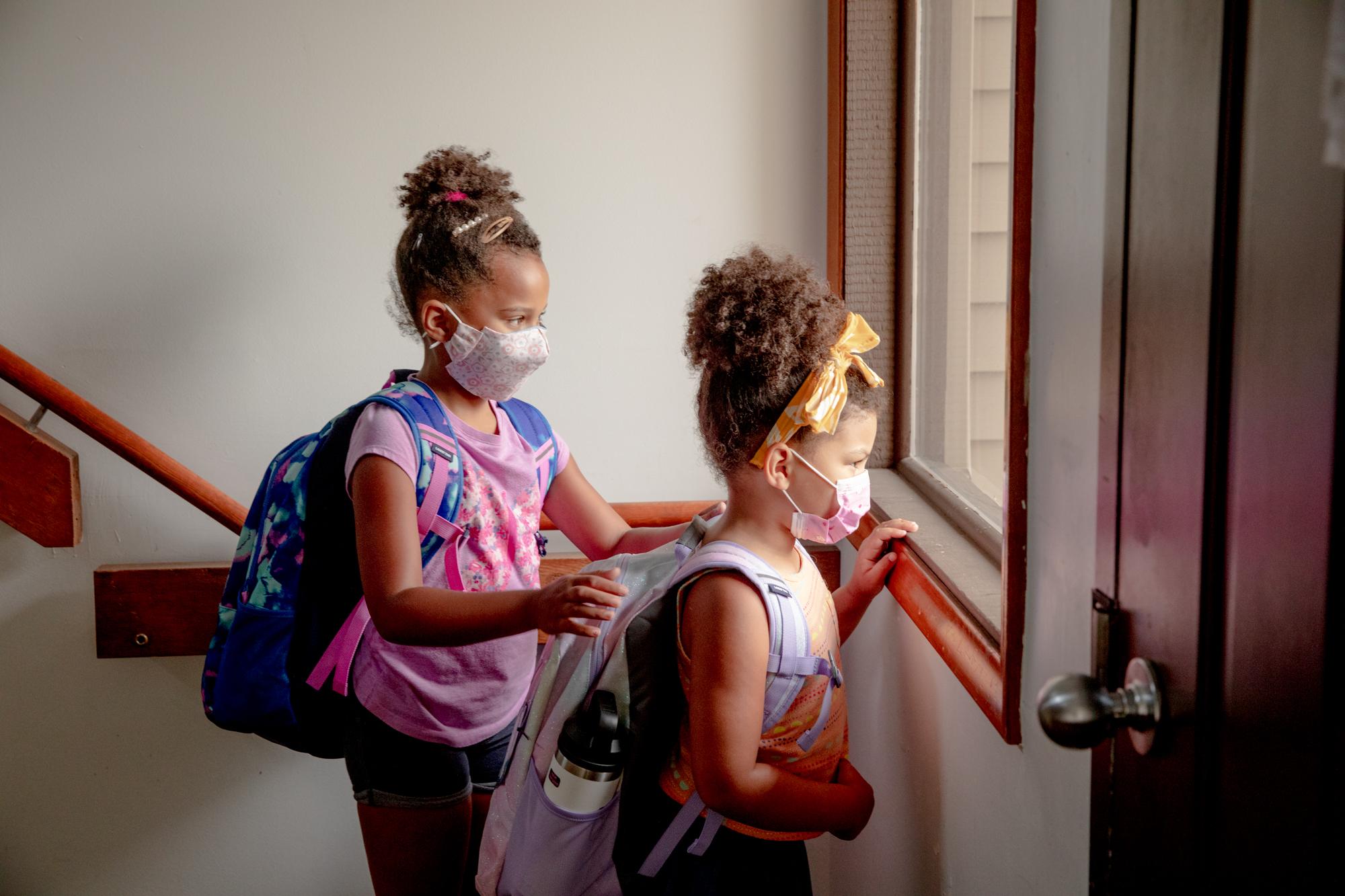 Anya, left, and Juliet watch their mom pull out her car on the first day of in-person classes in the fall semester. Tracey decided to drop them off, instead of putting them on the bus, because she was worried about possible exposure to COVID-19. Tracey bought new lunch boxes, bigger water bottles and many masks for the return to school.
Pitched, photographed and wrote the story
Published at the CT Mirror in 2021